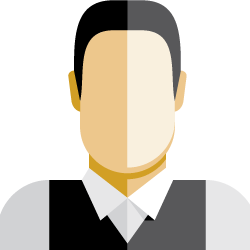 German Shepherd Owners, Watch Your Dog For These Common Problems

For hundreds of years, German Shepherd dogs have been bred to be intelligent, cunning, and athletic. Unfortunately, a byproduct of selective breeding has been the introduction of several hereditary diseases and medical problems to the bloodline. Most dogs live completely healthy lives, but if you are a German Shepherd owner, it's important to be on the lookout for signs of these hereditary conditions.

This is perhaps the best-known of diseases to affect German Shepherds. It results from a malfomation of the hips. In a dog who is affected, the hip joint does not fit properly into the socket. Dogs often start showing symptoms when they reach early adulthood. They may limp from time to time, have an abnormal gait, or struggle to jump. Overfeeding and excessive exercise can make the symptoms worse. Hip dysplasia varies in severity. Dogs who are only mildly affected may live long, normal lives as long as exercise is limited. Those with more serious hip dysplasia may require pain relievers, surgery, and a modified environment.

This is a complicated illness that is thought to be an auto-immune condition. The immune system begins attacking the spinal cord, leading to an array of nervous system-related symptoms. Often, dogs start showing signs of weakness in their hind end when they enter middle age. Over time, the symptoms spread further towards the front of the body. Eventually, the dogs are left unable to walk and to feed themselves. There is no cure for degenerative myelopathy and it ends up claiming a dog's life. Many owners choose to euthanize their dogs before the disease reaches its most severe stage.

Diabetes is a condition in which the pancreas does not make enough insulin to keep the blood sugar levels under control. Though there is a form of diabetes that develops later in life (Type II diabetes), the hereditary type develops when a dog is young - often less than a year old. Dogs with diabetes may struggle to gain weight in spite of having an insatiable appetite. Their urine may smell sweet, and they may urinate frequently. A vet can diagnose hereditary diabetes with a simple blood test. It is manageable with insulin injections if detected early, but can have serious and fatal consequences if not managed.

If you have a German Shepherd, keep your eyes open for signs of hip dysplasia, diabetes, and degenerative myelopathy. Make your vet aware of any suspicious symptoms as soon as possible. For more information on German Shepherd breeding, contact a company like Von Anna German Shepherds, LLC.